We will use this email to send the script 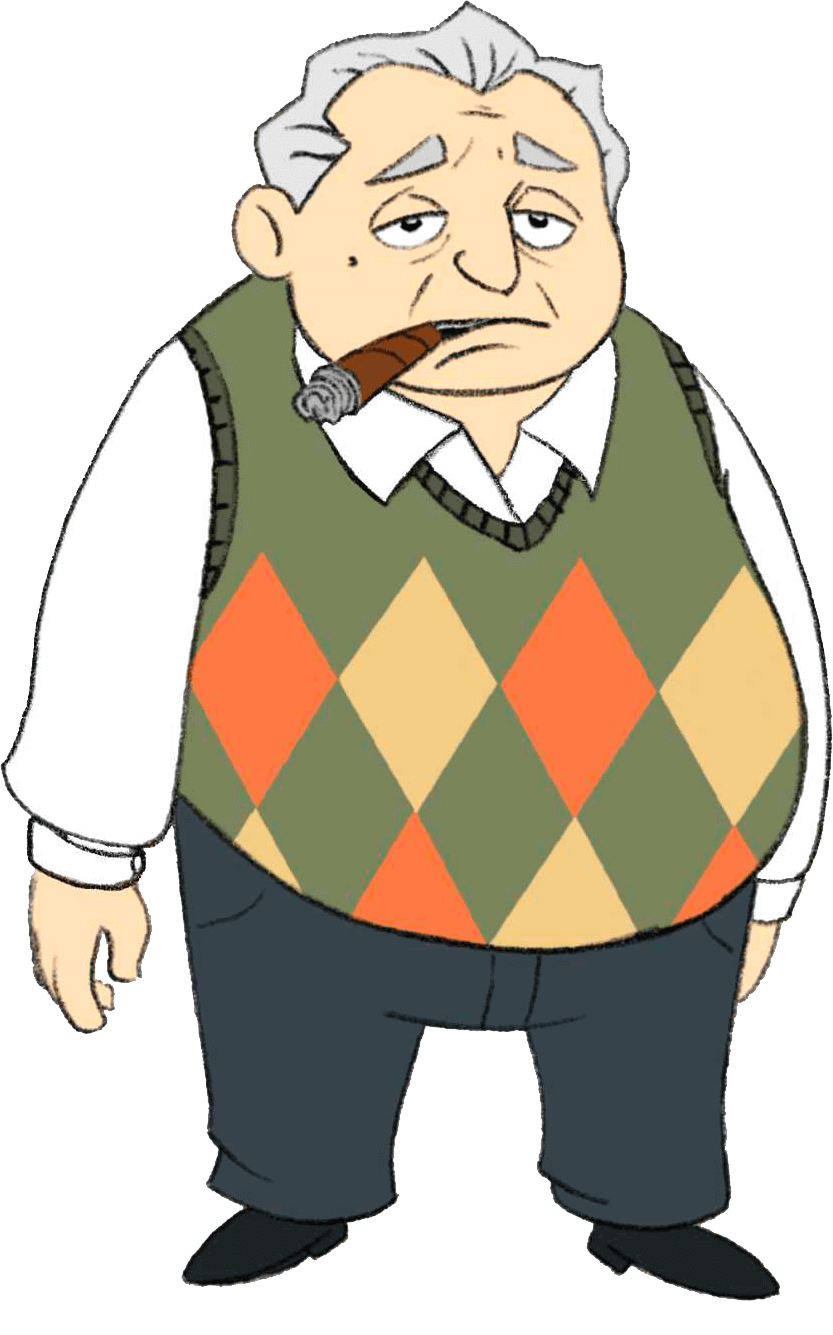 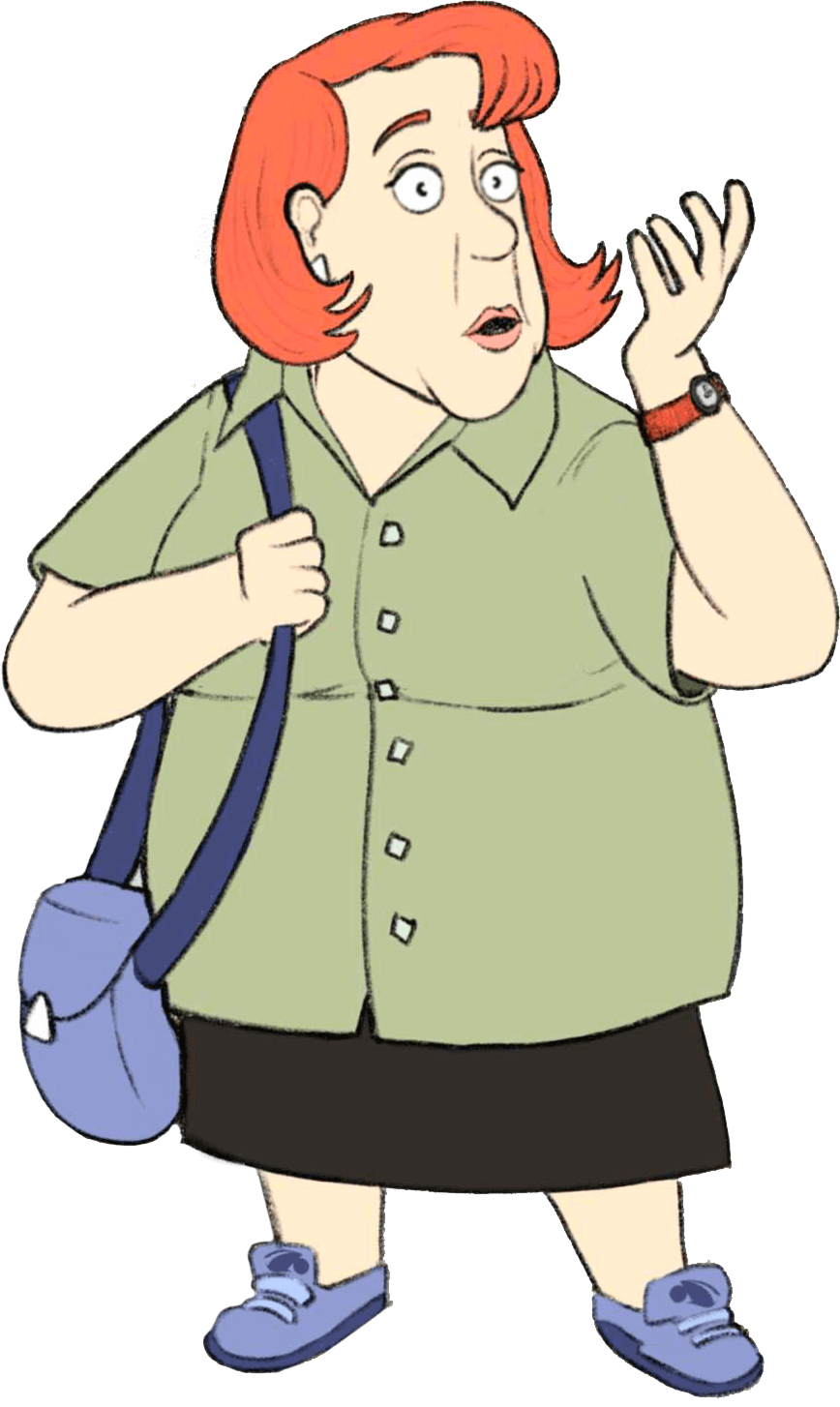 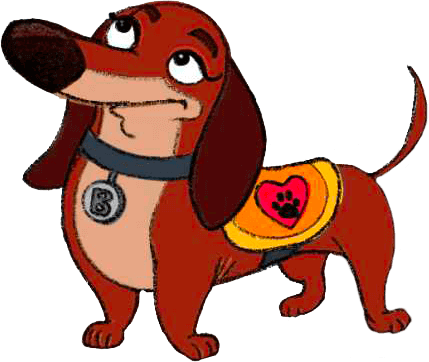 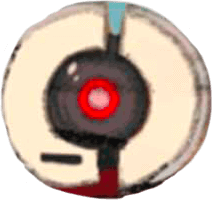 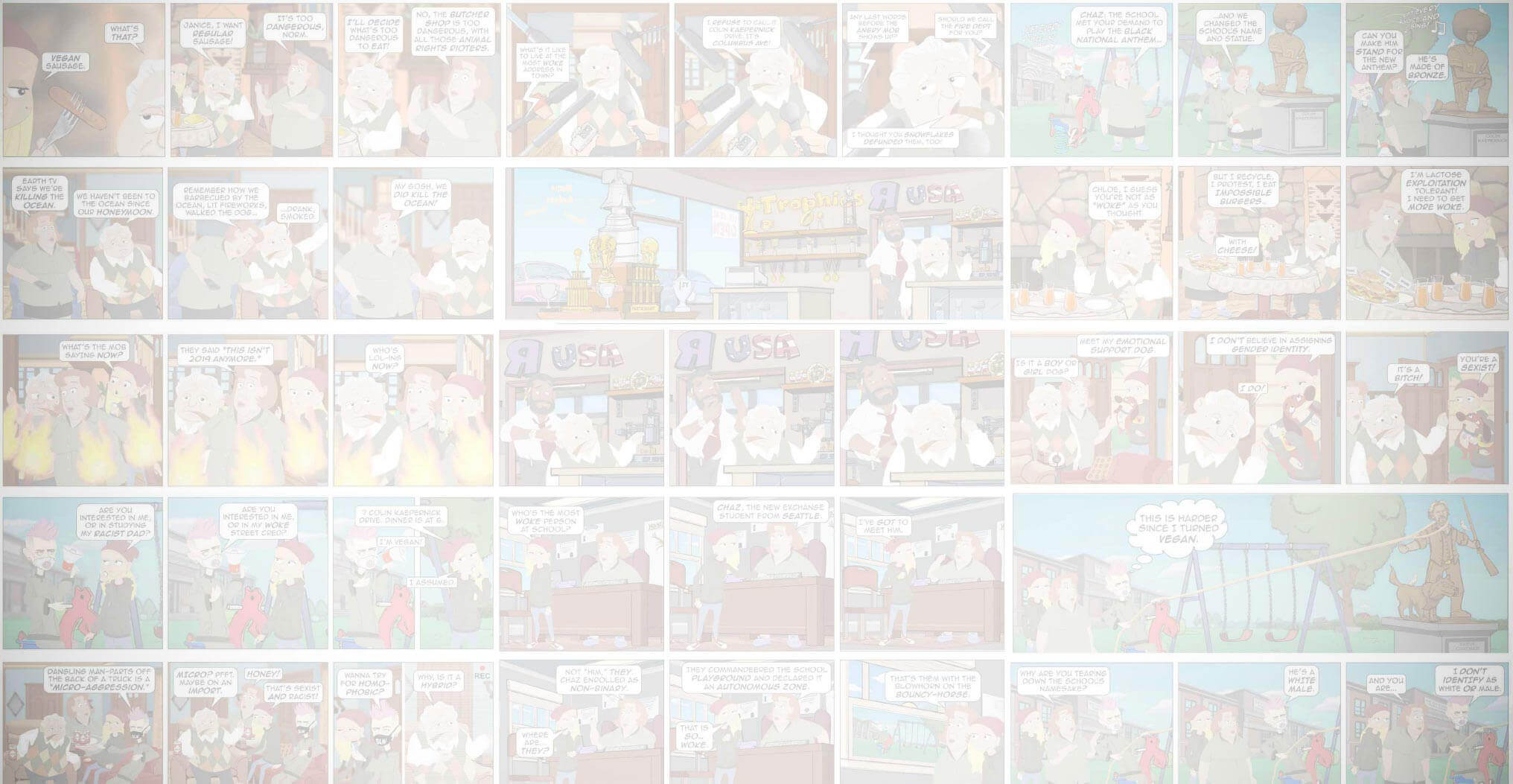 Woke World is an animated All In The Family for our time – a sitcom that shines a funny light on today’s most divisive issues, and gives audiences – left, right and middle – a safe space to come together and laugh.

Woke World is a 20-minute/episode animated sitcom born from a comic strip. 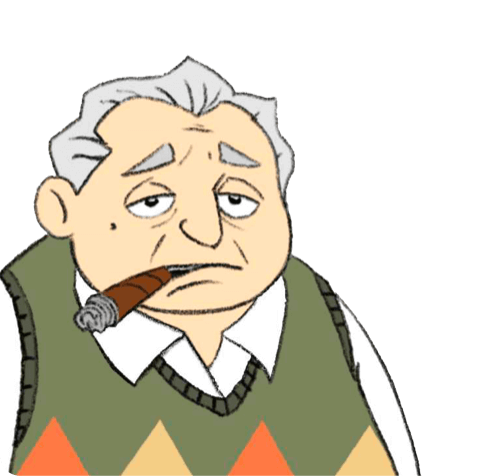 NORM (DAD) is a grumpy curmudgeon who works at a strip-mall trophy shop and gripes over our “participation trophy” / “safe space” culture that his woke daughter Chloe and her non-binary friend Chaz are always yelling at him about. 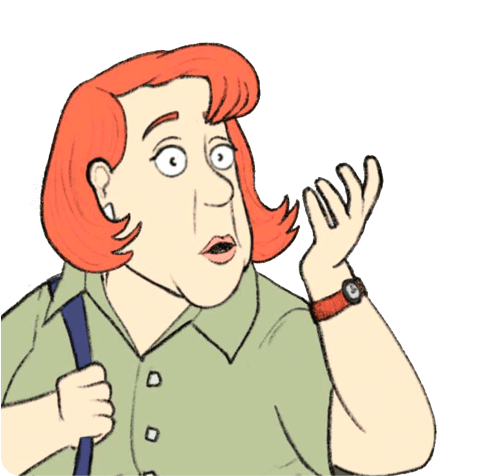 JANICE (MOM) is the guidance counsellor at their daughter Chloe’s newly-renamed Colin Kaepernick High School. Janice belongs to her husband Norm’s generation, and she is loyal to him, but she is open to and eager (sometimes too eager) to learn today’s new “woke” ways. 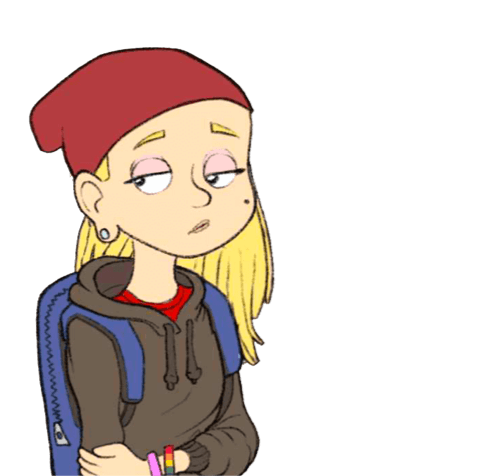 CHLOE (DAUGHTER) is a wannabe culture warrior who adopts woke lingo and ideas, and champions every new cause – even ones she has no connection to but feels the need to “intersect” with. She falls for the wokest person in her high school: non-binary exchange student Chaz. 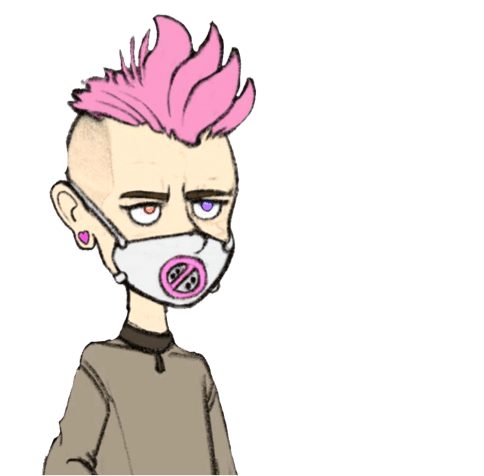 CHAZ is a “woke hero” exchange student from Portland who identifies as non-binary and is an online influencer who looks down “Their” masked nose at those who are less woke than They. Chaz is largely uninterested in “woke wannabe” Chloe, until Chaz meets Chloe’s dad Norm and becomes fascinated with Norm as the perfect foil for his online rants. 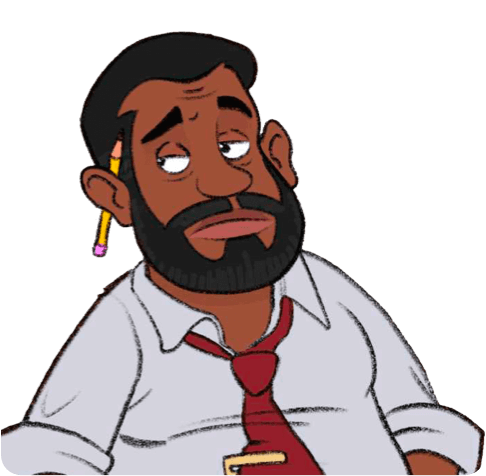 CHARLIE is Norm’s boss at Trophies R USA and perhaps the least politically correct character in Woke World. An aging former football star, Charlie is gobsmacked that his unathletic son is “transitioning” – until he sees it as an opportunity for his son/daughter to dominate female football and win a Heis(woman) Trophy. 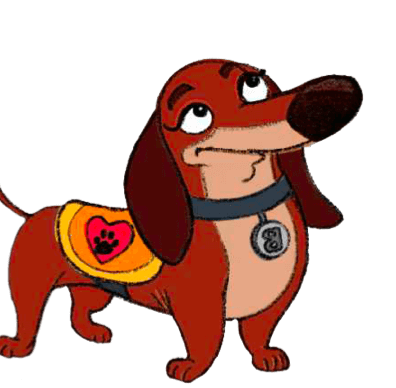 BILLIE is Chloe’s emotional support dog to help her cope with her “triggering” dad. But Billie winds up becoming “Dad’s best friend” after Norm treats Billie like a dog, not an emotional crutch.

OMNI is a digital assistant (a “binary” character) which constantly updates itself on the tastes and needs of the family, and on the ever-evolving language and rules of our new Woke World.

WOKE WORLD is a turn-key project seeking a network partner to enhance the creative and bridge, through comedy, the gap between extremes in a quite polarized society.

All characters are rigged for quick animation.

ALL SETS ARE BUILT

ABC Reboot of All In The Family: 2019
(Emmy Award-Winner)

WOKE WORLD is a new animated sitcom that fills the space left by All In The Family : the “greatest television series in history,” the #1 show in America for nearly a decade, winner of 22 Emmy Awards, and immortalized in America’s Smithsonian.

WOKE WORLD , like All In The Family , takes the biggest issues of the day and makes them funny and personal by airing them out “in the family” – through strong characters on all sides.

WOKE WORLD’s Archie Bunker-like dad Norm speaks to half of the country, and the rest of the characters (who argue with him) speak to the other half, and the issues they care about.

This “left/right-in the family” formula still works. In 2019, Jimmy Kimmel recreated a classic episode of All In The Family on ABC Television – featuring Jamie Foxx, Woody Harrelson and Marisa Tomei. It was #1 in the ratings and won an Emmy Award.

Now, more than ever, we need a “safe space” to laugh. WOKE WORLD fills that space.

“Woke World hits the nail right on its politically correct head. The clever art aesthetic is in perfect harmony with the dialogue as each strip plays out like a sit-com allowing the characters to come alive. Leaves no stone unturned with the issues it addresses.”

“Much like science fiction, comic strips have long been a medium to have a dialog about the issues of our times in a relaxed setting. Woke World is a genius strip which is brave enough to get us to laugh about today’s issues and pulls no punches in doing so.” 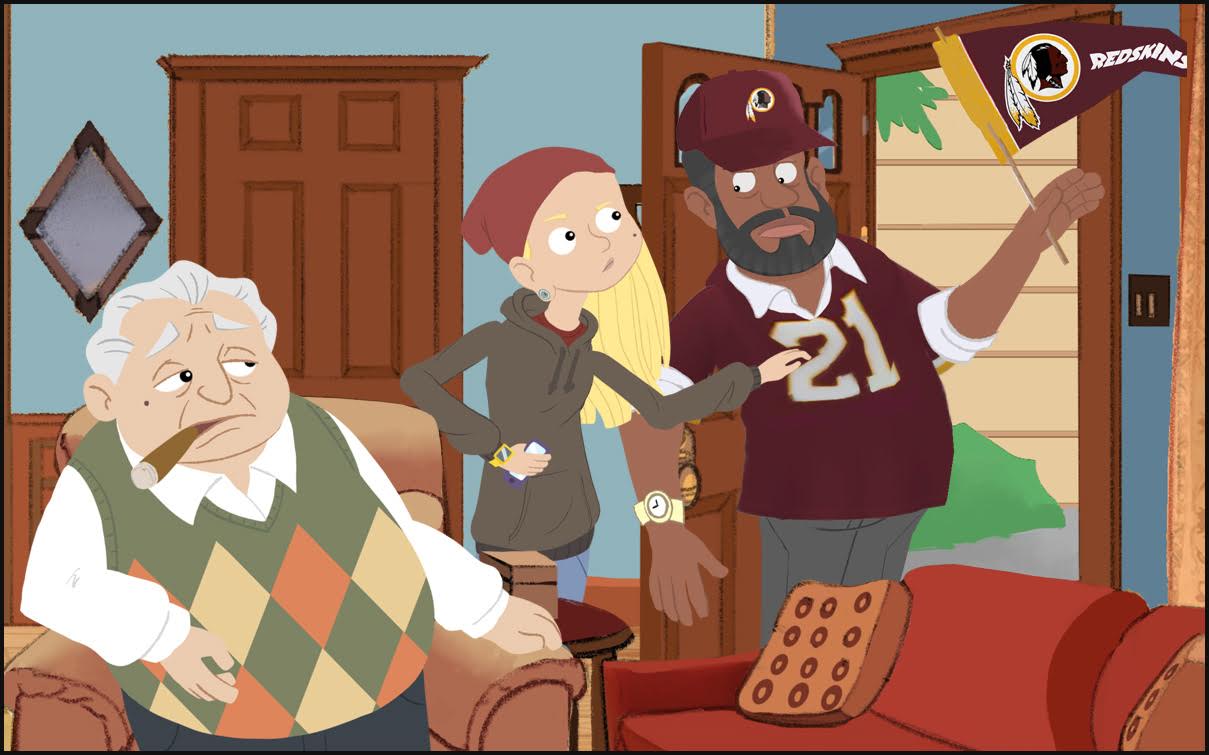 Norm discovers (to his dismay, and to his woke-wannabe daughter Chloe’s delight) that non-binary exchange student Chaz is going to live in their home. Meanwhile, Norm’s boss at the trophy store Charlie finds out that his son is “transitioning” – to what? – “hopefully not a Jets fan.” The two men lament that “everything is changing, and not for the better” as they try to restore normalcy by watching a football game. But gametime becomes woke wartime when Chloe and Chaz express outrage over Charlie’s throwback Washington Redskins jersey, and battle over who should stand or kneel during the national anthem. Emotional Support Dog Billie pee-pees, Omni the woke digital assistant melts down and goes into “safe mode,” and the Pilot episode ends with a heart-to-heart between Norm and Charlie about the importance of remaining a family.

Chloe is the maid of honor at the wedding of her cousin, who knew Chloe back before she was woke. Every wedding-based tradition, and every non-woke gender role expectation, is ridiculed, attacked and turned on its head: traditional (and non-traditional) gender roles, dresses & ties, the pastor, “Man & Wife,” dancing, and the coming together (and arguing) of the Black and white families of the bi-racial couple. Chaz vlogs snarkily, airs grievances and – when the pastor asks if anyone objects – Chaz objects (to the concept of marriage).

Everyone gets sick (spoiler alert: it’s not C-19!)

Everyone gets sick, is quarantined in the house, and we see their different reactions and characters come through: fear, whining, male, female, I'm sicker than you, we're all gonna die. Chaz feels a deeper sense of meaning and importance because he thinks it's C-19, which gives him opportunities to be pious and look down his mask-covered nose at Norm and other red-state, knuckle-dragging science-deniers who are not as woke and enlightened as Chaz. Also, since Chaz is an online “influencer,” they make a series of social media video posts chronicling their ordeal and waxing philosophical and dramatic. Lots of showdowns with Norm, until everyone realizes at the end that it's not the C-word (a word which is never spoken in this episode) – it is just a cold.

Janice – the school guidance counselor and mother in Woke World – is counseling Charlie’s son Reggie who thinks they want to “transition” to Regg-ina. When the principal delivers the news that regulations require the school to hire a Diversity, Equity and Inclusion officer, Janice fears getting transitioned out (for not being diverse enough) in favor of Black, transitioning high school sophomore Regg-ina. Janice fights for her job, citing her Jewish heritage, but that doesn’t make her diverse enough. Charlie confides in Norm that his son is dating a white guy, leading to an increasingly ridiculous dialogue about: what if they get married, pregnant men, the color of the baby that comes out, where it would come out, and ends on a particularly ferocious Pete Davidson joke.

Charlie (Norm's Black boss at the trophy shop) has a problem: his born-athlete son Reggie wants to "transition" to Regg-ina.  Charlie grudgingly gives his blessing – as long as Regg-ina plays whatever “girls” sports Charlie wants: football, basketball, MMA, swimming.  Regg-ina dominates and destroys all competitors, but feels bad: “I don’t want to beat girls, I may want to be one.”  Regg-ina joins a girls’ synchronized swimming team (including Norm’s daughter Chloe) and rises up the rankings – until they meet an opposing team with an even bigger trans-ringer (a 7 foot-tall Russian obvious male with Russian mob tattoos).  Nonbinary influencer Chaz jumps on the “Trans-sports” bandwagon, and so does their Ron DeSantis-style governor, who jumps into the pool to raise outrage and fundraise.